THCV and Other Varin Cannabinoids: What the Scientific Research and Anecdotal Evidence Tells Us 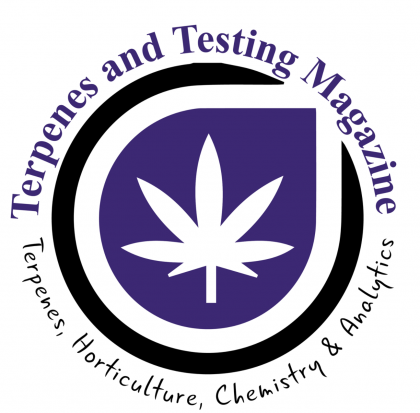 Cannabis is a plant with a broad palette of biochemical compounds, many with yet unknown ecological function, however it’s speculated these molecules are produced for the plant to adapt itself to its immediate surroundings. You will find the term “landrace” in any Cannabis seed catalog, and while some regions may have had an indigenous Cannabis population, many likely did not. However, due to human migration and early domestication of Cannabis, acclimatized varieties now exist worldwide, usually where there are human populations (except for extreme climates in places like Antarctica and the Arctic Circle). These regionally acclimatized varieties are of particular interest, as they carry within them differentially selected biochemical palettes as compared to another region’s acclimatized varieties. It is within these variations on a theme where we find the multitude of minor cannabinoids and isoprene-based compounds that make Cannabis a remarkable plant.

Some of the biochemical changes resulting from acclimatization affect the plants’ overall chemical composition. Fatty acid chain length distribution is important for several things, including adaptability to the environment. What we’ve found at Front Range Biosciences (FRB) is that some regionally acclimatized varieties have different chemical compositions compared to the normal distribution seen in cannabinoids, creating higher levels of certain minor cannabinoids. We not only see varins (delta-9-tetrahydrocannabivarin, THCV; cannabidivarin, CBDV; cannabigerovarin, CBGV; etc); we see other changes, as well. Because of increased interest in propyl (varin) cannabinoids, FRB has developed varieties that have significantly increased levels of varin cannabinoids.

Varins are a unique sub-family of the 150+ currently identified cannabinoids in the Cannabis plant. The varin sub-family have slightly shorter, 3-carbon tails, in contrast to the more common, 5-carbon tails found in tetrahydrocannabinol (THC) and cannabidiol (CBD), among others. Normally, varins are found in minute amounts, so, until recently, very little was available for scientific and clinical study.

As seen in other families of chemicals, a slight change in the tail length can make for unexpected and unique drug properties. Varins are no different in this regard, which has resulted in a wide variety of new and exciting options for adult use and medicinal treatments. Although some of these drug properties were predicted more than twenty years ago, limited access to varins has slowed research, most of which has been done in the last ten years. Some of the most exciting and confirmatory research has occurred very recently, between 2018-2020, as demonstrated below.

THCVCannabis produces many beneficial compound classes, of which, cannabinoids and terpenes are most abundant. Among the cannabinoids, the plant produces various minor cannabinoids that are typically at low concentrations. One of these cannabinoids is tetrahydrocannabivarinic acid (THCVA), which, through a decarboxylation process with heat, forms delta-9- tetrahydrocannabivarin (THCV). [1] It has been suggested that THCVA is produced by a variant of the well-known cannabinoid pathway where the renowned tetrahydrocannabinolic acid (THCA) and cannabidiolic acid (CBDA) are produced. [1-4] This pathway yields the production of homologous compounds such as cannabigerovarinic acid (CBGVA), which is the precursor molecule for THCVA. [1,2,5]

Whether or not THCV has similar psychoactive effects to THC is still under debate [6,7], but it seems that it does interact with the CB1 and CB2 endocannabinoid receptors [6] and may have medical use [8]. The exact biochemical pathway used by the plant to produce this compound remains ill-defined. Further, although based on a small sample size and dosage chosen, anecdotal observations may suggest that THCV inhibited some of the well-known effects of THC, while potentiating others, including a lack of THC-induced psychotomimetic and memory-impairing effects. [7] Could this mean that THCV may prevent THC over-indulgence?

Because THCVA is produced in low quantities and because its biochemical pathway has not been entirely described, much of what we know about the compound is through anecdotal evidence which has not been scientifically confirmed. However, we at FRB are working to confirm these claims and will continue to update with new data. So far, we have identified several publications and collected anecdotal evidence to present what is known with regards to the uses and benefits of the varin class of cannabinoids and THCV specifically.

Of the varins, THCV has been the most extensively studied. Early investigation identified THCV as potentially useful with respect to diseases or conditions ranging from type 2 diabetes and obesity (THCV interacts with lipid and glucose metabolism in animal models [9]) to therapeutic potential in reducing nausea. [10] Additionally, THCV has been suggested to have an effect profile which would be useful as a therapeutic for obesity, as THCV decreases resting state functional connectivity in the default mode network and increases connectivity in the cognitive control and dorsal visual stream networks. [11-15] These effects all focus on various aspects of metabolic control. Anecdotally, those with access to THCV products often report a reduction in appetite to the point that cultivars high in THCV are sometimes referred to as “skinny pot.”

Other early investigations identified THCV as potentially useful with respect to certain neurological disorders with epileptiform/spasmodic symptoms. Delta-9-THCV has a promising pharmacological profile for delaying disease progression in Parkinson’s disease and for ameliorating Parkinsonian symptoms. [16] Data demonstrated that delta-9-THCV exerted anti-epileptiform and anticonvulsant properties in a manner consistent with a CB1 receptor-mediated mechanism and suggests possible therapeutic application in the treatment of pathophysiologic hyperexcitability states. [17]

THCV was also found to be useful against inflammation. In particular, THCV’s potential use as an anti-cancer agent due to its anti-inflammatory properties has been known since 2011. [18] Different isomers of THCV are known [19] which activate CB2 receptors in vitro and decrease tissue injury and inflammation in vivo. Cannabinoids, and THCV more specifically, may even have potential use as an anti-acne therapy by reducing arachidonic acid (AA)-induced acne-like lipogenesis. Data suggest that cannabigerol (CBG) and CBGV may have potential for treating dry-skin syndrome, whereas cannabichromene (CBC), CBDV, and especially THCV show promise to become highly efficient, novel anti-acne agents. [20,21]

The antioxidant and CB2 receptor agonist properties of THCV afforded neuroprotection in experimental Parkinson’s disease trials by delaying its occurrence and attenuating its magnitude. [26] THCV has also recently been investigated as a potential therapy for substance abuse [27] and the delta-8-THCV isomer may have potential for the treatment of nicotine dependence. [28] It has been suggested that tetrahydrocannabivarins should be tested for possible anti-addiction efficacy in a broader range of preclinical animal models against other addictive drugs, and eventually in humans. [28]

Other Evidence Regarding THCV

Varins share both similar and different properties with their more common counterparts. [8] Delta-9-THCV has been shown to be an effective analgesic in the treatment of acute pain. [20] One of the most valuable effects of delta-9-THCV is its ability to stimulate bone stem cells, highly valuable in treating osteoporosis in female menopause and, in the future, for treating the microgravity-induced bone thinning from living in outer space. [24]

Anecdotally, the energetic nature of delta-9-THCV has found popularity with physically active people during exercise and sports, and it is also popular for participating in social events, since its high is reported as short-lasting, which can be very convenient. The stress-relieving properties of both delta-9-THCV and CBDV are reported to allow for greater relaxation and therefore consumer enjoyment.

In just the last few years, cultivators have begun breeding Cannabis cultivars that produce much higher concentrations of varins, and as a result, the cannabis community can truly enjoy the unique combinations of properties the different varins offer, medically and recreationally.

Published in Terpenes and Testing on April 20, 2021